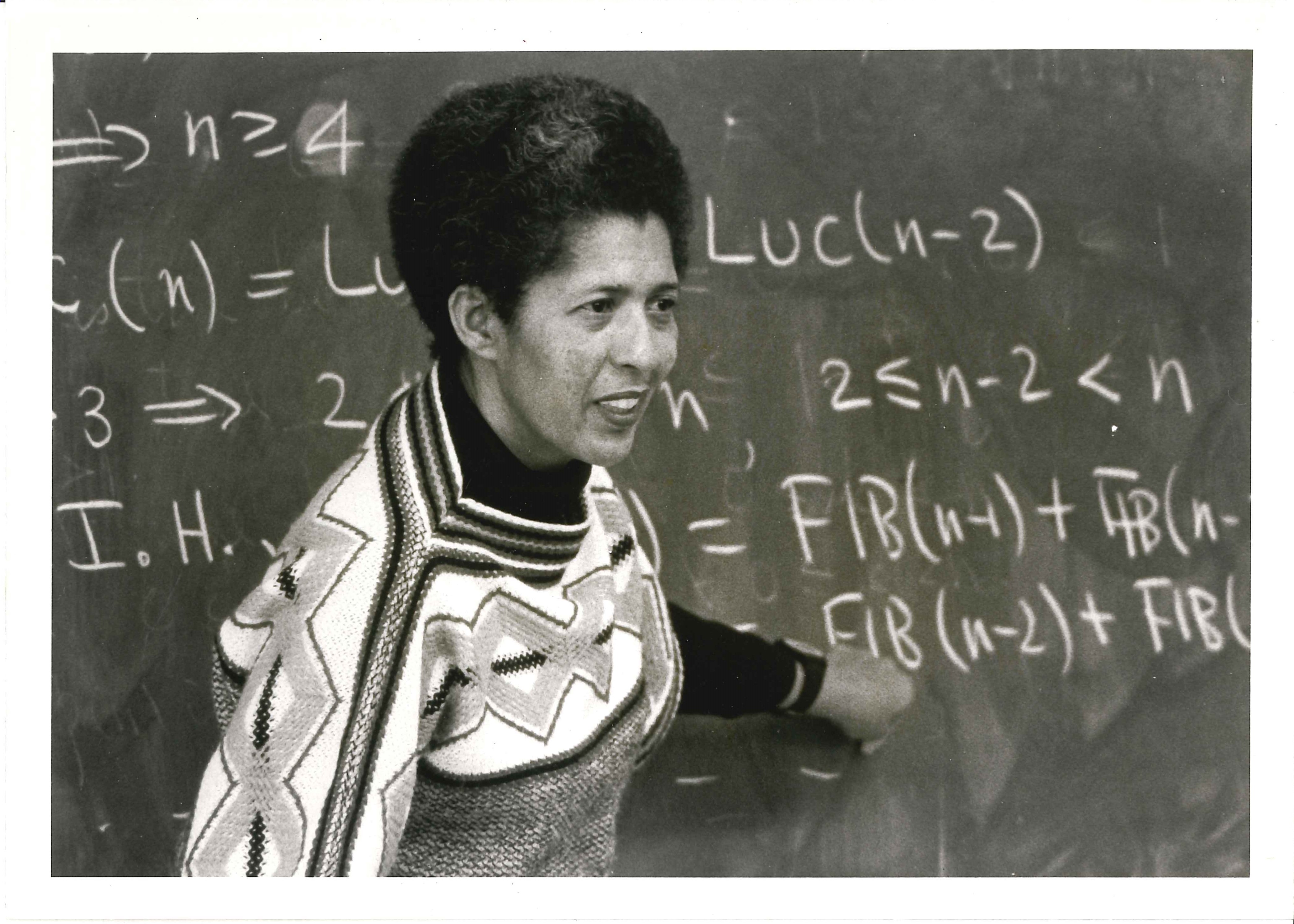 Dr. Gloria Hewitt received a B.A. from Fisk University and M.S. and Ph.D. degrees from the University of Washington, becoming one of the first few African-American women in the United States to receive a Ph.D. in Mathematics. Dr. Hewitt became an Assistant Professor in the University of Montana Department of Mathematical Sciences in Fall 1961 and served as Chair of the Department from 1995 to 1999. Dr. Hewitt was a demanding and inspirational teacher. Her passion for mathematics, commitment to teaching, and dedication to supporting underrepresented minorities in the study of math earned her tremendous respect and accolades throughout the University and field of mathematical sciences.

During her UM tenure, Dr. Hewitt increased the visibility of the department, raised more than $500,000 in gifts to endow new programs supporting undergraduate and graduate mathematics students, and oversaw renovations to modernize the Mathematics building. Professor Hewitt was recognized for her work with a 1999 UM Academic Administrator award and was profiled in the 1998 book, Notable Women in Mathematics. Dr. Hewitt retired from the University of Montana in 1999 and was bestowed the title of Professor Emeritus by the Montana University System Board of Regents.

Please join in supporting the Gloria C. Hewitt Graduate Scholarship in Mathematical Sciences, a newly created scholarship supporting Masters and Ph.D. students in Mathematics with preference given to students from underrepresented minorities.